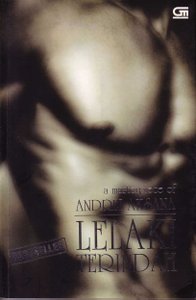 Not a Review: A Letter from SS 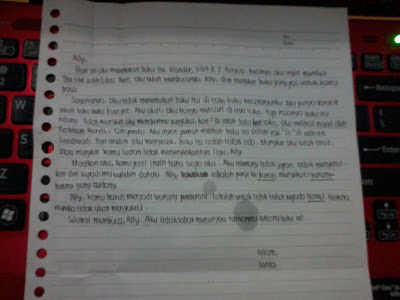 I completed another reading challenge!

The list below is the books that I read for this year
From those list above, my favorite book is The Book Thief. Till now I still can recall all the emotions that they left inside.

Something to be noted, I should have read one book per month. But I was having something till I could not do it. I hope in 2013, I will do it better. I think I am going to choose it earlier from my to-read shelf.

Thanks to Lori who has hosted this reading challenge. I am definitely will join again. 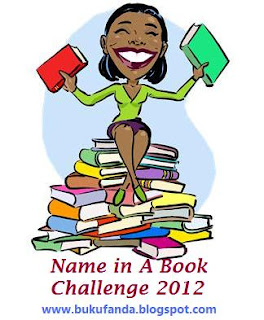 Kylie Jean needs money, so she decides to start selling cupcakes. But her doggie cupcakes can fund a really important cause helping orphan dogs at the shelter!
~~~
My name is Kylie Jean Carter. Here are some of the things you need to know about me: I live in Texas. My color is pink. I have two brothers, but one of the is a dog. And my number-one dream is to be a beauty Queen!.

I'm starting my own business! Momma and I will be making dozens of yummalicious cupcakes and selling them at garage sales. At first I plan to keep the money and get rich, but when I find out that the Puppy Place animal shelter might close, I come up with the perfect plan for my cupcakes to help save those puppies....

Just you wait and see!(Goodreads)

My Thought
Cupcake Queen is another book of Kylie Jean series that's up on NetGalley. Thanks to the publisher who has accepted my request. The printed version will be out on February 1, 2013.

This is the third book of Kylie Jean series that I read. Before Cupcake Queen, I have finished Blueberry Queen and Dancing Queen. There are still many books in this series. Although I read the book not in the sequence number, I miss nothing. Because in the beginning there is one chapter where she tells me anything that I need to know. Like she does in the previous book. There is nothing change from this confidence girl.  She is still the same girl who loves pink and stuff, who lives in yellow house on Peachtree Lane in Jacksonville, Texas. Something that she never forget to tell is her beauty queen dream. She also tell me about her family including the bulldog, her pet, Ugly Brother.

In this newest  story, Kylie told me about a garage sale, where she got the idea to start a cupcake business to get more money. She was so excited and could not wait any longer to start it. Something unique was she made not only a regular cupcake, she also made it for dogs.  She thought it would make her own business run better. With her momma help, all things are done smoothly.
It is not difficult to guess where the story of this light book run. I like some parts of the book that show me another side of Kylie. However it makes she looks completely spotless. But I guess fans of this series will not mind about it.

The extra pages is also great. One glossary page and recipe of cupcake are there.

This book is so perfect book for young  reader ages 6-8 and a reluctant reader or the one who are learning English. The word choice is simple enough for a beginner.

About the Author
Marci Bales Peschke was born in Indiana, grew up in Florida, and now lives in Texas, where she is a librarian. She has lived in three haunted houses, but now lives with her husband, two children, and a feisty black and white cat named Phoebe. She loves reading and watching movies.

About the Illustrator
When Tuesday Mourning was a little girl, she knew she wanted to be an artist when she grew up. Now, she is an illustrator who lives in South Pasadena, CA. She especially loves illustrating books for kids and teenagers. When she isn't illustrating, Tuesday loves spending time with her husband, who is an actor, and their two sons.

Review Gone With The Wind

Set against the dramatic backdrop of the American Civil War, Margaret Mitchell's epic love story is an unforgettable tale of love and loss, of a nation mortally divided and its people forever changed. At the heart of all this chaos is the story of beautiful, ruthless Scarlett 'O' Hara and the dashing soldier of fortune, Rhett Butler.

-- "Gone With The Wind" sold more than 176,000 copies within the first three weeks of its initial publication in 1936. The Warner mass market edition (1993) sold over 330,000 copies. Over 28 million copies of the book have been sold in more than 37 countries. After 60 years, this will be the very first trade paperback edition ever published.
-- In 1991, Warner published Alexandra Ripley's Scarlett: The Sequel to Margaret Mitchell's Gone With The Wind, selling over 4.2 million copies in hardcover and paperback combined and becoming one of the fastest selling novels of the century.
-- "Gone With The Wind," the renowned MGM motion picture, won 10 Academy Awards and has been seen by an international audience of over a quarter of a billion people.Revisit the South and fall under the spell of Scarlett O'Hara and Rhett Butler all over again. After six decades, this sweeping saga set against the backdrop of the war-torn South remains one of the most beloved American novels ever written. (Goodreads)

My Thoughts
When I write this review, I still can't believe that I finished this book without skipping any pages. I think this is the thickest book that I ever read. I need to reward myself.

Long before I read Gone with the Wind, I have watched the movie. So I already knew how the ending. But I did not remember the details. What happened between also slipped my mind. What remains is Scarlett O’Hara, the main character, and her Husband. I can see clearly how selfish and stubborn the woman.  I also can recall how the story began.  Then there comes the book which told me everything, especially about Katie Scarlett O’Hara and her life. Thanks to Fanda and Bzee who have hosted the read along. Although I could not follow the schedule as it was, but I am still glad can find out what exactly happened and finally admit that I like this book.

Gone with the Wind consists of five parts. Each of them told the life stage of Katie Scarlett O’Hara. Scarlett was a sixteen reckless young woman when the story began.  She was twenty eight when the story reached the end.  So it is between 1861 and 1873. Most of the story happened in Georgia and Atlanta, southern United States. It was during American Civil War and the years after that. Later I know it is called as Reconstruction Era. This setting make me so excited and become the reason why I joined the read along.

Besides Scarlett, there were Rhett Butler, Ashley Wilkes and Melanie (Hamilton) Wilkes. The story runs round and round with them. There were still tons of minor characters. But I just remember some, like Scarlett’s family, her spouses, the maids, and some people in twelve oaks. The others are really hard to keep in mind.

Gone with the Wind is indeed a long journey. I think everything happened in the book started in the Barbecue party at Twelve Oaks. I met and knew Rhett Butler, Ashley and Melanie there. It continues to many great things that effect Scarlett’s love life.  I hardly find myself get boring with each stage. I can see the changes in every part.

Talk about characters, I just give my full attention to Scarlett and Rhett.

I adore Rhett Butler. No matter what all those people said about his past or what he did. He always looks gorgeous in every chapter. I like the way he talked especially when he was teasing Scarlett. I laughed a lot because of him. The bond that he made with Scarlett is one thing that I like from this book. Although In the end, I feel disappointed with the way he took, it does not make me replace him. I do understand why.

Scarlett herself gave me many impressions. There are so many words that can be used to describe her.  I changed my mind a lot for this woman.  I hated her in the few first chapters. Then the feeling slowly disappeared when she’s grown up. But I was wrong when I thought she was done with her obsession. It was still there and made the hatred back. When I read the part that told me so, I could not help myself to give her my double face palm. I blamed her for everything happened in the next chapters. The mystery was solved. I finally found the reason and understood why Rhett Butler took such decision. But in the end, she got my all sympathy. I wish for more pages that brought a different ending for her. I think this woman can get one special chair among my remarkable book characters.

I wonder with Gone with the Wind in English because I read the translation. It does not mean something wrong with it. I just want to check the word that was originally written by Margaret Mitchell. The translation is fine and easy to understand. I can follow all the tracks. It brought back the entire scene that I have seen in the movie. By reading it, I get picture of Tara and the Twelve Oaks. The funny part is when the narrator told me how woman supposed to act and behave that time. How worse the life of all southern during and after the war is also well described. It does open my eyes about American Civil War, the reason why it started and how it ends; the term of Yankees then brought me to the Rebels and Ku Klux Klan.  From this book, I also find out about Abraham Lincoln, who was the president that time, was a republican. One things that remain as mystery (I have not searched it in Google yet) till I publish this review is the slavery part. But still, the previous things are the  great part of the book. Now I declared that Gone with the Wind as one of the best historical fictions in my bookshelves.

This review is written for Gone with the Wind Read Along that was hosted by Fanda @ Fanda Classiclit and Bzee @ Bacaan Bzee.