In My Mailbox is hosted by Kristi from The Story Siren
It's kinda late to post this IMM
I did not go to bookstore this week. So no bag with books in it.YAY.
But I got some e-book from the author for review. I won the first three e-book from the Librarything Giveaway. 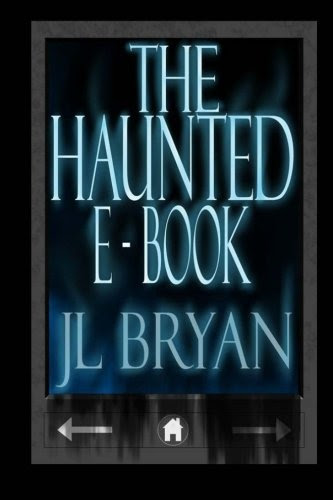 From Goodreads
Dee escapes her dreary librarian job and unfaithful boyfriend by reading romance and fantasy on her Kindle.

She tries The Haunted E-book, the story of a 19th century tramp printer whose ghost awakens whenever someone reads a book he created. The ghost stalks his readers and threatens them with death if they stop reading the book. Though she doesn’t usually like ghost stories, Dee can’t stop herself from reading it.

Then Dee learns the stories in the books are true, the malevolent ghost is real, and Dee might be the next character to die

I also got two e-book from Phil Edwards 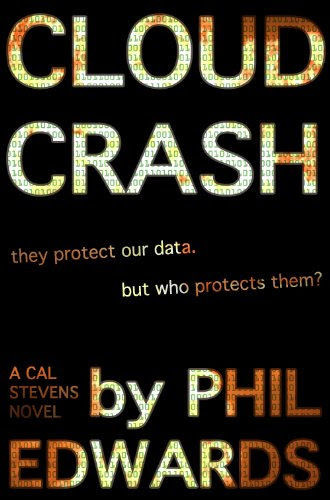 From Goodreads
They protect our data. But who protects them?

Recovering from a hangover in his San Francisco loft, journalist Cal Stevens gets a call: data centers across the country are being detonated. These data centers- which hold everything from Facebook accounts to YouTube videos- serve hundreds of millions of users. Their information comprises "the cloud"- and the cloud is crashing.

Cal must protect his employer's data from attack. Led by a cocky boy-CEO, the company runs hospitals, indexes genetic information, and holds the identities of thousands of people. Cal is partnered with the beautiful- and cryptic- Brianna Cowell, a PR professional with her own secrets. Together, they must stop the psychopathic attacker before he hits them first.

In a story that travels from San Francisco to New York, with stops in Napa and Area 51 in between, Cal and Brianna battle a driven and violent opponent who is always one step ahead. Unless Cal and Brianna can decode the puzzle and find the killer's next destination, thousands will die and the world's technological infrastructure will be crippled before they can uncover the surprising source of the attacks.

Cloud Crash is a fast paced romp that touches on the biggest issues of our time: privacy, government secrets, and how to recover from a hangover when you're busy saving the world.

and also Murder in Sarasota 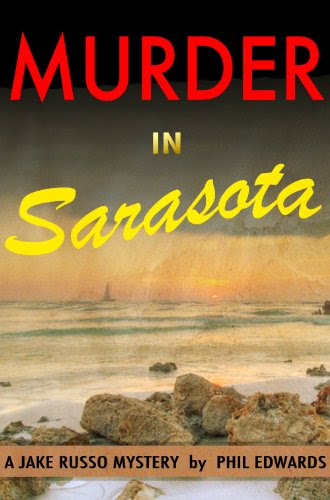 From Goodreads
When Jake Russo is transferred from a New York City beat to sunny Sarasota, his reporting life slows down. Instead of covering life in the big city, he's stuck writing puff pieces about bridge games and shuffleboard. His biggest challenge? Sticking to his diet.

That all changes when an older resident mysteriously dies on the beach. Jake has to figure out why and how she died. With the help of his bumbling octogenerian cameraman, Jake will have to overcome his lack of confidence and find the truth. He'll discover love, conspiracy, and surprising secrets in Florida's retirement communities.

Light as a day at the beach, this playful mystery is an early buffet of flirtation, intrigue, and senior citizens gone bad.

Unfortunately, I could not downloaded it because the author gave me the Amazon gift where I cant use it. Because it's not available in my country. *sighed* :(
I have tried to contact Phil Edwards, the author, who knows he has the PDF format.
Wish me luck.
and the last e book that makes me so happy. Because I just posted it on my Waiting on Wednesday, now I got it. It was from local publisher for review. They might published it here. YAY

When historian Diana Bishop opens a bewitched alchemical manuscript in Oxford’s Bodleian Library it represents an unwelcome intrusion of magic into her carefully ordinary life. Though descended from a long line of witches, she is determined to remain untouched by her family’s legacy. She banishes the manuscript to the stacks, but Diana finds it impossible to hold the world of magic at bay any longer.

For witches are not the only otherworldly creatures living alongside humans. There are also creative, destructive daemons and long-lived vampires who become interested in the witch’s discovery. They believe that the manuscript contains important clues about the past and the future, and want to know how Diana Bishop has been able to get her hands on the elusive volume.

Chief among the creatures who gather around Diana is vampire Matthew Clairmont, a geneticist with a passion for Darwin. Together, Diana and Matthew embark on a journey to understand the manuscript’s secrets. But the relationship that develops between the ages-old vampire and the spellbound witch threatens to unravel the fragile peace that has long existed between creatures and humans—and will certainly transform Diana’s world as well.

I will read it this week.
Since four of them are e-book, I think I have to get used to read it through my notebook. But I keep wishing that someday fairy godmother will bring one ebook reader for me. :D
Posted by Aleetha at February 13, 2011

aleetha, do you have gmail account? Or Fb? or email? i would like to take some chat with you :) if you dont mind :) thanks in advance

@sapidudunk
you can find me at gtalk :
aleetha.ally at gmail dot com ;)