This week I only got one book from local bookstore, one book from the postman and one e-book from an editor. Let's check the cover and its synopsis.
From bookstore, I bought How To Cheat A Dragon's Curse. It is the fourth book of the series. We have been waiting for this book FOREVER. I do not why the local publisher postponed it for ages. 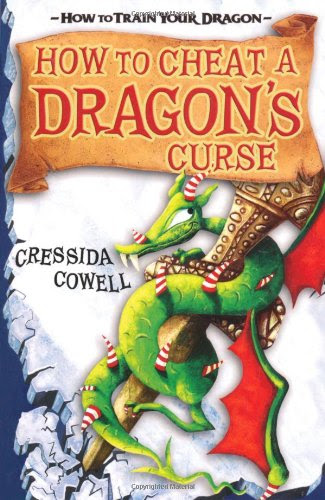 From Goodreads
Reluctant hero Hiccup Horrendous Haddock III must rescue his best friend, Fishlegs, from the deadly disease Vorpentitis. The only cure is rare and impossible to find... a potato. But where will Hiccup find such a thing? He'll have to dodge the terrible Sharkworms Battle Doomfangs, and outwit crazy Hooligans if he's going to be a Hero. Again.

And this book below was arrived in the office. Thanks to Lisa Roe from Online Publicist 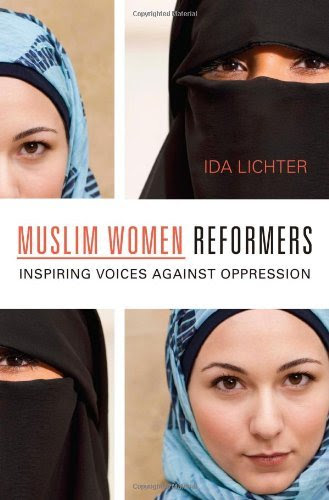 From Goodreads
"We are dealing with an influential fundamentalist international that has a clear strategy. In order to secure women's rights, we need a democratic international of women otherwise we have absolutely no chance of conquering this beast. Not only Algerian, but Sudanese, Iranian, and Afghani women know what I am talking about. They know the horror of God's State all too well. But alone, without your support, without the women's and human rights movement of the countries of the West, we are losing this battle of life and death." -Khalida Messaoudi, AlgeriaIn a world where the strident demands of Islamic extremists capture the media's attention, the courageous protests of Muslim reformers barely receive any notice. These include a surprising number of women who are prepared to challenge institutionalized persecution, risking derision, arrest, physical harm, and even death.In this inspiring compilation of Muslim women's stories from around the world, the voices of these long-oppressed women ring loud and clear as they question ideology and culture, patriarchal and religious beliefs, and demand the social and political rights women lack in many Muslim countries. The reformers speak out with passion, humanity, and sometimes humor in these compact and often poignant biographies, bringing alive the harsh realities for women in many parts of the world. By surveying a wide range of Muslim reformers, not only in the Middle East but also in Europe and North America, author Ida Lichter uncovers some significant emerging trends. For example, she notes that the majority of Muslim feminists would like to see reform contained within Islam. Many criticize their patriarchal culture for suppressing egalitarian views that they believe the Koran expresses and so they advocate a reinterpretation of the holy text. Some demand changes to discriminatory Sharia-based laws. Others campaign openly for political and educational reforms.Complete with a glossary and a list of helpful Web sites, this vibrant anthology makes use of reliable translations from original languages to demonstrate the groundswell of grassroots change that promises eventually to bring even the most conservative sectors of Islam into the twenty-first century

And this is what I got from an editor. This is not the cover. The Indonesian version is not released yet. I am about to read it this week.Look at this colorful cover. I hope its Indonesian cover will be nice also. 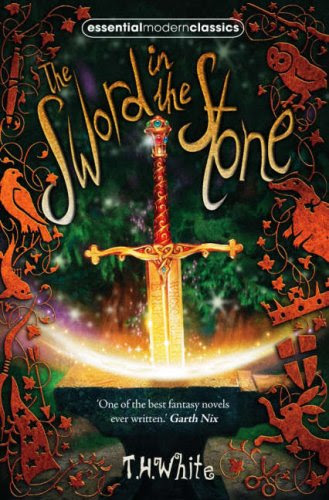 The Sword And The Stone recreates, against the background of magnificent pageantry and dark magic that was medieval England, the education and training of young King Arthur, who was to become the greatest of Britain's legendary rulers.

Growing up in a colorful world peopled by knights in armor and fair damsels, foul monsters and evil witches, young Arthur slowly learns the code of being a gentleman. Under the wise guidance of Merlin, the all-powerful magician for whom life progresses backwards, the king-to-be is trained in the gusty pursuits of falconry, jousting, hunting and sword play. He is even transformed by his remarkable old tutor into various animals, so that he may experience life from all points of view. In every conceivable and exciting way he is readied for the day when he, and he alone of all Englishmen, is destined to draw forth the marvelous sword from the magic stone and become the rightful King of' England

In My Mailbox is hosted by Kristi from The Story Siren
Posted by Aleetha at February 20, 2011

You got cool books this week. I don't really like How to Train Your Dragon, but I like the movie. The second book about muslim women seems interesting :)

A fanstastic mailbox! They all look very interesting. Happy reading :)
Check out what's In My Mailbox

Awesome mailbox, they all look great! I love the How to Train a Dragon series!
Thanks for commenting on my mailbox. I don't know if other libraries do it, but mine was trying to get rid of some older books, I think.
Thank you, and happy reading!