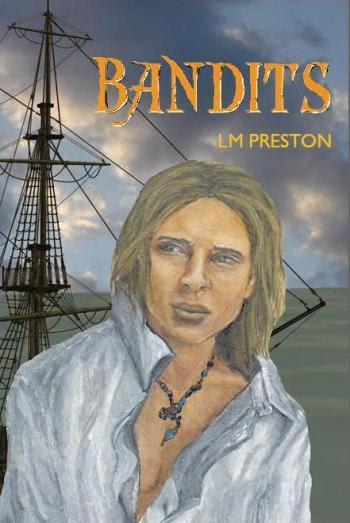 Synopsis
Daniel’s father has gotten himself killed. A thief and a mercenary, Daniel is now determined to find the treasure his father snatched. Being a Zukar is all he knows and wants for his future. Up until his father’s murder, his father’s faltering loyalties to the Zukar hung heavy as a rift between them. But now, with his father’s blood on his hands, his time is running out to find his father’s killer, the missing treasure… and to save his world.
He wants to go alone to retrieve his father’s stolen treasure, but he is accompanied by his flight school dropout cousin Faulk, his best friend’s stubborn little sister Jade, and his own younger brother Nickel. Jade is off limits since her brother is his best friend, but unfortunately, Jade’s set on changing his mind. Daniel just can’t decide if she’s worth the beating he’ll get from his friend in order to have her.
They’re on the run from the king’s officials and an unknown killer. The king desires to kill any Zukar child who is unprotected and will stop at nothing to get them. Who’s more dangerous, Daniel doesn’t know. All he knows is someone is bent on killing him and taking the treasure he thinks his father died foolishly to protect.
Through the islands of Merwin to an unknown planet, they seek to find the treasure that changed his father’s life – all for a price that is too high. To claim the treasure, Daniel will have to test everything he knows and everything he is or will ever be in order to earn the right to save their lives and the home of those he loves.

I have a lot of books with mysterious adventure inside. Let say the setting is in the middle of nowhere with mysterious villain and unknown creature. I wonder what this book have. The excerpt do not let me make any guesses.
Check out the book trailer and the excerpt
I hope they can make a better cover.
~~~

"Waiting On" Wednesday is a weekly event hosted by Breaking The Spine
Posted by Aleetha at February 02, 2011

This book sounds fun, it's the first time I see it around though.

LOL @ I hope they can make a better cover. I agree haha. I'm your newest follower!

I was going to say that if I had to choose it by its cover I would have went on by that is terrible.

Thanks for linking up! Good luck on the contest!

This is a new title for me and while I am not too impressed with the cover, I am with the summary. Great pick!

I hadn't heard of this book before and the plot sound interesting !! I don't like the cover .. I hope they will change it too !!

Thanks for stopping by my blog !! You can read my review of Personal Demons here : http://onceuponaquote.blogspot.com/2011/01/quick-review-personal-demons-by-lisa.html

Hurray for male protagonists! Never heard of this one!

A superb pick! It looks great. Happy Reading :)
Check out what I'm Waiting On Wednesday

I hadn't heard of this one but it sounds good!

BTW, Goodreads has a good list of steampunk books ;)

Awesome pick! I hadn't heard of this one before, but it sounds like a swashbuckling good time =)

Yeah. They definitely have to do something with that cover! It will stop a lot of people from checking it out. It's new to me. Interesting choice this week!

Check out my WOW:
http://tbgreviews.blogspot.com/2011/02/waiting-on-wednesday-2.html

Have to agree with the cover, but the synopsis sounds really exciting! :)

Hey great WoW pick! I haven't heard of this one before. Thanks so much for sharing.

As for my WoW, the first book in the Curse Workers series is "White Cat". I haven't reviewed it yet, but I will soon, so be sure to check back.


Check Out My Early Review of Cryer's Cross

Hi, nice blog! looks like you like Iron Witch too, I have heard so many good things about it and can't wait to read it. I'd love it if you checked out my blog!

Great Wed. pick and I love LM. By the way nice side bar art.
beth-project52.com