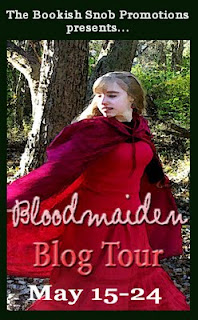 Another guest post is here. This kinda special because this is the first time I have a character from a book.  Today,  the Zalian Circle interviews the sprite, Panganiban—known to friends as “Pan”—during her quest to collect the four legendary Aria of Sulaimon:
1. What is the truth behind the horrible rumors floating around the other three dynasties concerning Sulaimon’s northernmost dynasty—Tynan?
Whatever rumors you hear are true, only magnified a hundredfold! Little of Tynan’s darkness seeps beyond its borders; few know its true horrors, save the sprites whose witness is considered as unsound as our changing emotions and powers and the woodland animals who cannot bear witness. Beyond that, ignorance, denial, and tradition keep others from believing or, in many cases, even hearing the tales of Tynan. 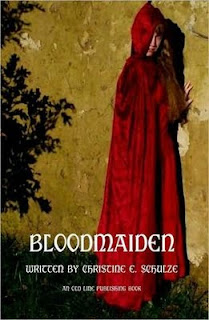 Tynan houses a “sacred” ritual, one involving a grave sacrifice, giving dawn to the endless cries of children and their mothers and fathers. There were once traditions in Tynan that were purer, more wholesome, as in other dynasties. But Tynan is now tainted with evil—and with blood. As to the details of its horrors, I prefer not to speak.
2. How did you meet Crisilin and become involved in her quest?
I once knew a dear friend to the horrors of Tynan. I have been seeking a Quelda ever since then who would have courage to flee Tynan and take a stand to help prevent future losses like her. I have sent the young ladies visions of how their lives might change if they chose to flee. Only Crisilin has followed my summons, and I follow her to avenge that lost loved one and hope to keep any others after Crisilin from the same harm.
3. Please explain to our readers what exactly the Aria are.
We search for the Aria because it is said that, in the beginning, when a truce was made between the human and dragon races of the four dynasties, that the Aria were set up to protect those treaties, protect the people. They are said to be magical songs which, when combined, have the power to heal all wrongs in Sulaimon. That any such power could be strong enough to wash away the evil in Tynan...
4. What kind of sprite are you; what are your powers?
I am an Earth sprite, but my powers shift from region to region. For sprites, Sulaimon is criss-crossed with invisible regions; when a sprite crosses a borderline, their bodies and powers change. For me, there are only five regions; for others, there are many more, which confines them to one area if they hope to have powers at all, for the powers of a new region can take time to completely take effect.
5. There seems to be some sort of special connection between you and that Brydon fellow. Can you explain this? 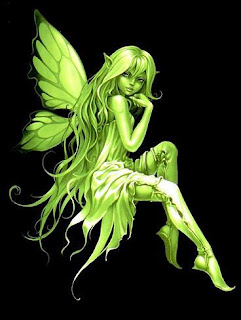 Brydon and I were once old friends. We traveled much together, but we parted ways after a great...disagreement. But our personalities have always been at odds. If anything “special” once existed between us, it is no more, save that tension and anger and unforgiveness hangs thick like the most noticeable storm cloud.
6. What challenges and hopes await you as you continue your journey?
There remains three dynasties to face. Zale was easy; it has always been known as the friendliest and most accepting of the dynasties. Of Gauthier and Varden though, even I know relatively little, perhaps because they seclude themselves more from the rest of Sulaimon. As for Tynan itself...only Usamah, Great Lord and Creator of All Worlds, can protect us there...
Yet, there is hope. Crisilin is a phenomenon amongst us, her courage shedding light into corners whose shadows I thought untouchable long ago. I am proud to stand with her and follow wherever her path leads—whether to the end of us all or to our salvation and that of Tynan.
Check  The Wormhole on May 19th for the next blog stop
About the Author: 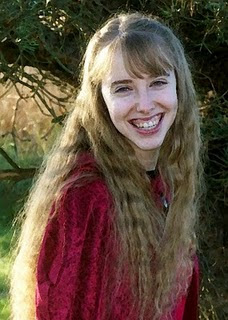 Christine E. Schulze has been creating books since she was too young to even write them in words. Her collection of YA fantasy books, The Amielian Legacy, is comprised of series and stand-alone books which can all be read separately but which weave together to create an amazing fantasy. Her fanatsies also incorporate many other genres, such as Christian fantasy, romance, and even a spark of horror at times. She hopes to inspire readers throughout the world with these books by publishing in both traditional and electronic formats to make them available to all readers.
Christine has published several stories with Calliope and Kalkion magazines and is an active member of the WEbook online writing community. She has also published several Christian/fantasy books which are available at various online retailers, as well as publishing several eBooks via Writers-Exchange.
Her latest and most exciting venture includes her publications with Old Line Publishing: Bloodmaiden and Tears of a Vampire Prince: the First Krystine. She also anticipates her upcoming publication with Old Line, Lily in the Snow, as well as releasing The Chronicles of the Mira with Writers-Exchange in both paperback and electronic forms.
Christine currently lives in Belleville, Illinois in her first and most thrilling apartment.
Check Christine's website to find out more about her
Posted by Aleetha at May 18, 2011